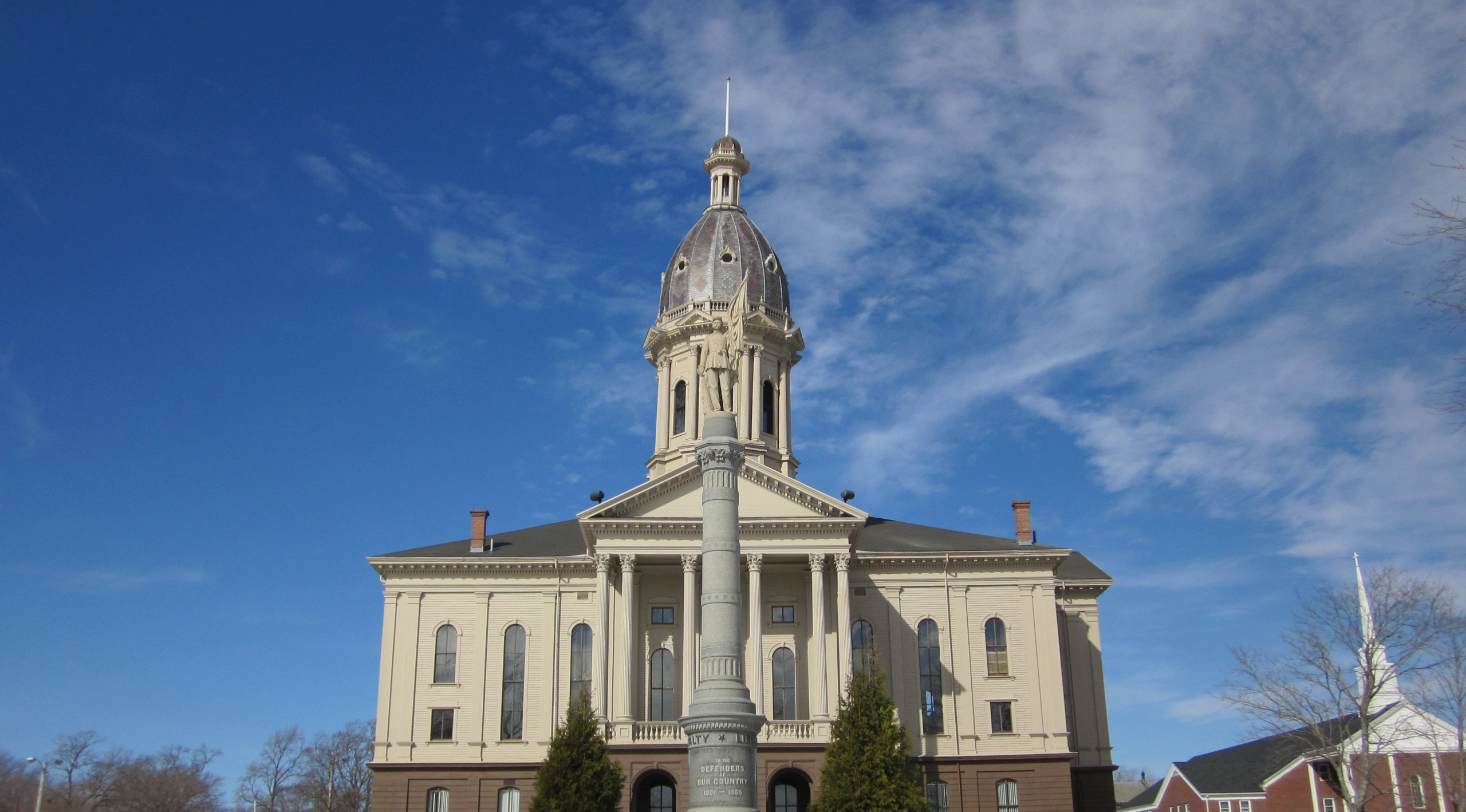 This 1873 Classical Revival town hall in Middleborough has a dramatically elongated cupola with an octagonal, cone-shaped dome topped by a miniature version of itself. The 13 foot upper cupola, which began to tilt early in 2011, was determined to be unstable and a threat to public safety, and was removed and restored off site.  The main tower of the 60 foot cupola structure had been tilted and twisted for decades, and experienced significant deflection under wind loads. During one site visit on a particularly windy day several wind gusts shook the cupola so hard that we were nearly knocked off of our feet! We developed a finite element computer model of the structure and noted that part of the tilt and twist could be attributed to the relative stiffnesses of the attic level support beams for the cupola, and other parts could be attributed to a lack of torsional resistance of the cupola. Rot damage on one side of the attic had further exacerbated the tower’s deflections. We developed a system of reinforcement that would not require extensive reconstruction involving stiffening portions of the supporting attic framing supporting the cupola, replacing rot damaged framing, and adding tension rod bracing and a compression ring in a pattern that provided torsional restraint. Computer modelling guided the construction crew in executing the repairs and the cupola was returned to its rightful place in 2012 with a new connection to the main structure and a reinforced load path down to the attic level of the building. 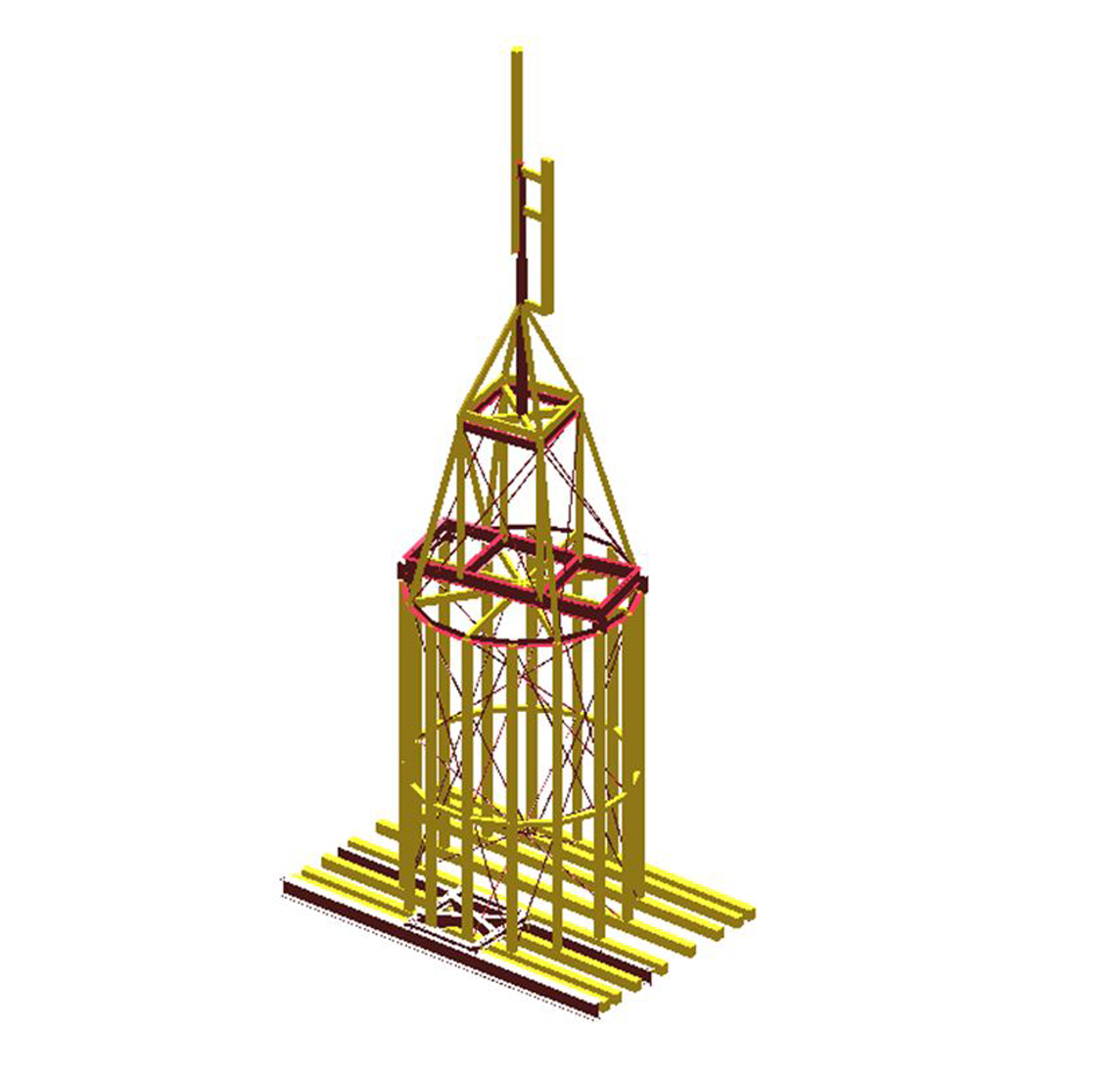 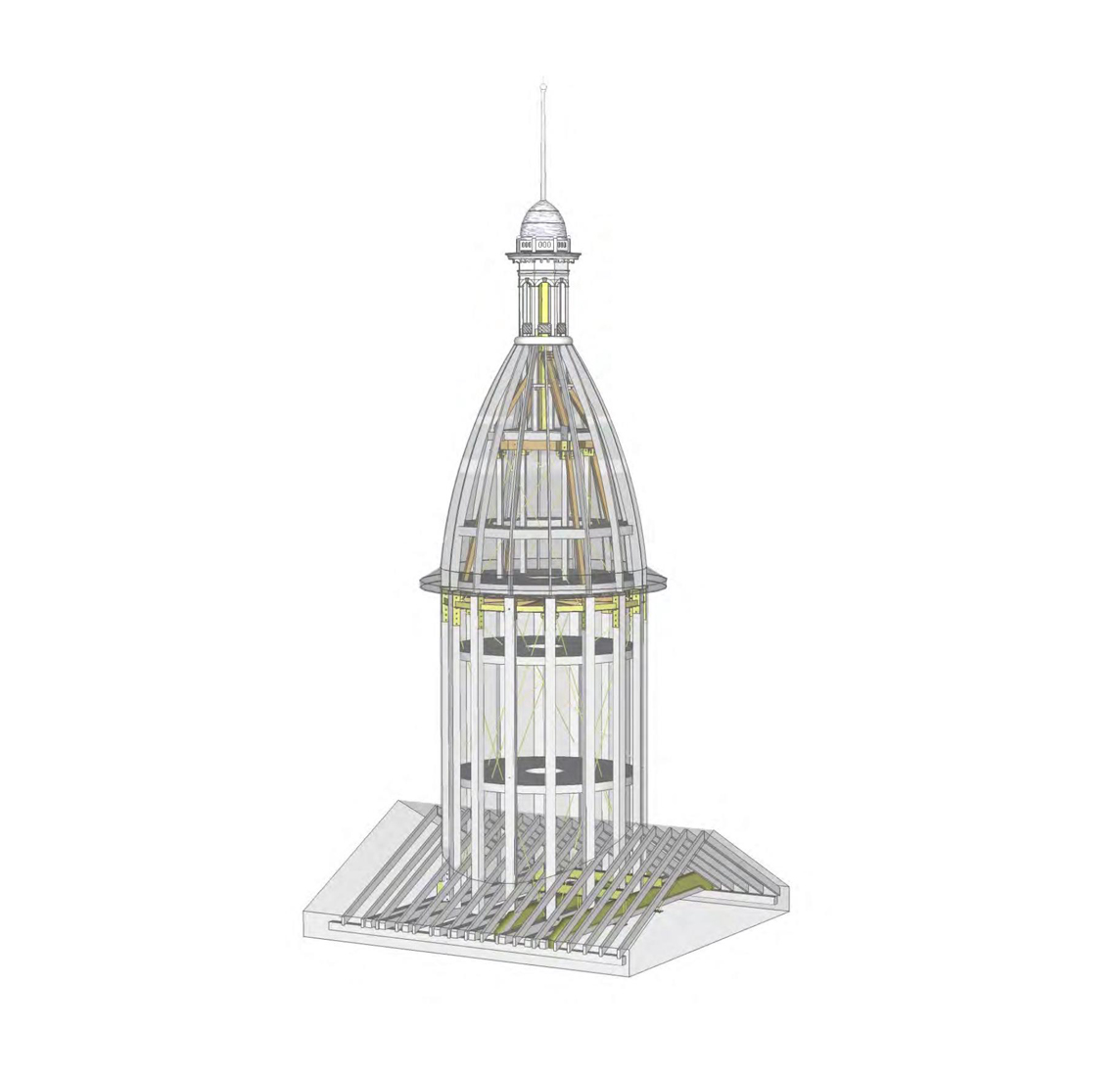